There’s something immensely uplifting about the first spring day that finds you sitting outside in the sun. Lulled (usually prematurely) into a newly coatless existence, your thoughts turn to the pleasures of al fresco eating once more. Such a day is normally April’s gift, but sometimes May’s (or even March’s, if you’re lucky).

With the first real warmth of the year, you seek the coast and the countryside. It’s about the time when bracing North Norfolk walks, rewarded by a cosy wood burner, become easy-breezy North Norfolk walks, rewarded by… wood fired seafood, naturally – of which more later. Spring is the start of crabbing season in North Norfolk, and boats ply the coast around Cromer for their daily catch. Peak season is May. By midsummer, it’s more about the lobsters (crabs have better things to do in June and July, like mating).

Crab has been a North Norfolk delicacy of renown since word got around London when the railway reached Cromer in the late nineteenth century. Lip-smackingly sweet, the celebrated meat of Cromer brown crabs is down to a particularly fortuitous offshore chalk bed, stretching east from the coast at Weybourne for 125 square miles. It seems those little fellas love their water chalky, and we’re the lucky beneficiaries. So, when you take in the clifftop views as the land gently rises between Salthouse and Sheringham (it’s positively precipitous come Cromer, by East Anglian standards), you’re also looking at a unique and highly nutritious ecosystem fed by currents of cold water all the way from Norway.

But where to pick up the best dressed crab in Cromer? It’s hotly contested, and settling the issue is a particularly pleasing way to while away a late spring day (hint: head to New Street). Some would say they’re better in neighbouring Sheringham anyway. If you’re in the area in the middle of May, we say sample the spoils of both – at the acclaimed Cromer and Sheringham Crab and Lobster Festival. Over 20,000 visitors flock to this jolly event annually, which last year made it into the pages of Condé Nast Traveller as one of the UK’s best food festivals. In 2022, the streets fill with crustacean fans on May 15th and 16th, soaking up the heady atmosphere of street theatre, seafood trails and seafaring crafts for kids.

If you never quite make it to Cromer on your coast road travels (the distractions are many), you’ll have probably been lured to a halt by Cookie’s Crab Shop, all flinty and photogenic on the green at Salthouse. Considered by many as a must-stop in this easy-on-the-eye coastal village sandwiched between the marshes and rolling Salthouse Heath, the shop’s restaurant is small and fills fast. In the spring sunshine though, you’ll want to eat outside – nothing says North Norfolk like a shellfish salad with a saltmarsh view.

As spring segues into summer, Norfolk seafood’s other half arrives – succulent, salty samphire. You’ll often see it sold by the bag along the coast road, having been freshly foraged by in-the-know locals – our own chefs included (check out this article for a deep dive into the North Norfolk summer staple).

Seafood al fresco is also on the menu for guests at The Harper this year, so if you’re staying with us, you might want to save your seafood fix for ‘six o’clock savouries’ in The Yard. Here, on the white-hot surface of an OFYR Classic (the kit for precision barbecuing), head chef Scott Taylor cooks fresh local brown shrimps (more flavoursome than their pink cousins) with a little chorizo and seasoning. There are plans for sourdough wood fired pizza, too.

Come high summer at The Harper, six o’clock savouries are set to become a daily ritual for guests returning from afternoons spent on some of the best beaches in Norfolk. Warmed by the flames of the fire pit, what better way to sate an appetite piqued by fresh, sea air? Not to overindulge, of course – it’ll be time for dinner soon, and there’s the day’s catch to think about…. 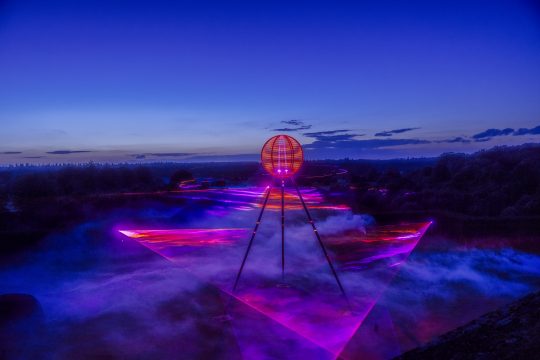 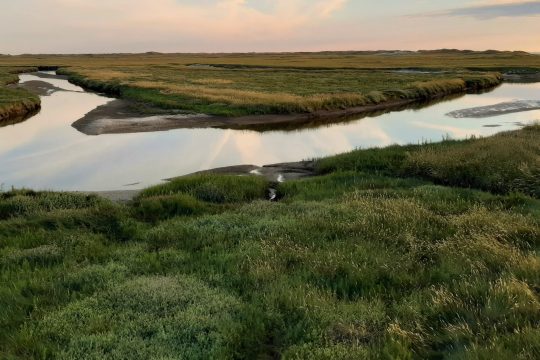 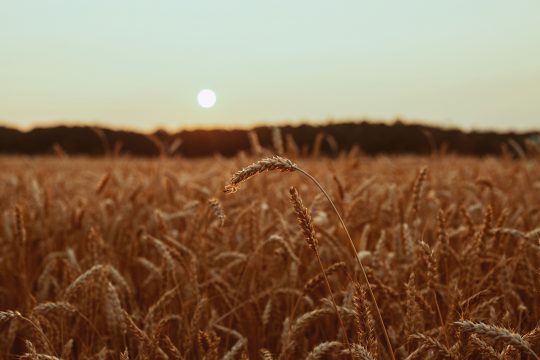